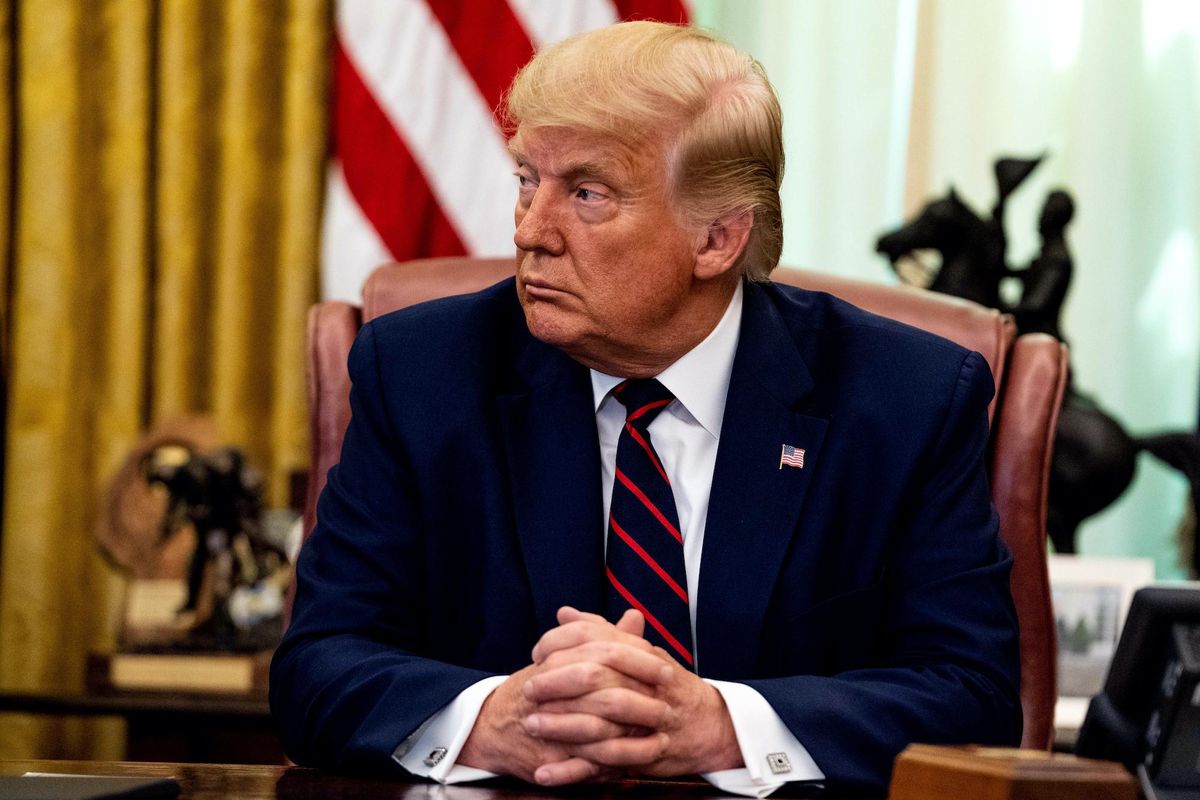 President Donald Trump released a video statement after the House of Representatives voted to impeach him for a second time on Wednesday.

The president did not address the impeachment vote but instead called for peace and order while decrying incidents of speech being shut down by tech companies.

“As I have said, the incursion at the U.S. Capitol struck at the very heart of our Republic. It angered and appalled millions of Americans across the political spectrum,” said the president in his statement.

“I want to be very clear. I unequivocally condemn the violence that we saw last week. Violence and vandalism have absolutely no place in our country, and no place in our movement. Making America great again has always been about defending the rule of law, supporting the men and women of law enforcement, and upholding our nation’s most sacred traditions and values,” he continued.

“Mob violence goes against everything I believe in, and everything our movement stands for. No true supporter of mine could ever endorse political violence,” said Trump.

“There has been reporting that additional demonstrations are being planned in the coming days, both here and Washington, and across the country. I have been briefed by the U.S. Secret Service on the potential threats,” Trump continued.

“Every American deserves to have their voice heard, in a respectful and peaceful way. That is your First Amendment right, but I cannot emphasize that there must be no violence, no law-breaking, and no vandalism of any kind,” he added.

“Everyone must follow our laws and obey the instructions of law enforcement,” Trump said.

The president also addressed what he called the “unprecedented assault on free speech” in his video statement.

“These are tense and difficult times. The efforts to censor, cancel and blacklist our fellow citizens are wrong, and they are dangerous. What is needed now is for us to listen to one another, not to silence one another. All of us can choose by our actions to rise above the rancor, and find common ground and shared purpose,” said Trump.

The president also didn’t mention President-elect Joe Biden in his video address. He was impeached for the second time by a vote of 232 to 197.

Here’s the full video statement from the president: