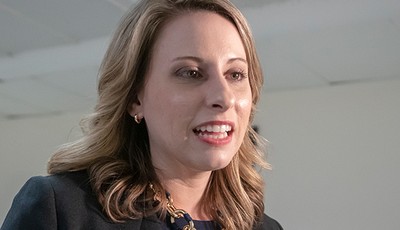 It appears that ex-employees of former Rep. Katie Hill aren’t too happy over the news that a television show is in the works chronicling the disgraced politician’s woes. On Tuesday evening, staffers who worked with Hill allegedly hacked into her government Twitter account and lodged a litany of complaints about the former congresswoman.

As my colleague, Scott Hounsell, reported, “Now, someone claiming to be one of Hill’s former staffers logged on to Hill’s dormant official government Twitter account to complain about the praise being shoveled upon their former boss, and doesn’t hold back.”

“Katie Hill is not a hero for women,” the staffers allegedly tweeted. “We deserve heroes who embody our values even in the most difficult moments.”

Deadline reported on Tuesday that “The Handmaid’s Tale” star Elizabeth Moss will play Hill in Blumhouse Television’s portrayal of the politician’s memoir. The individuals who hacked Hill’s account castigated Moss, Blumhouse, and writer Michael Seitzman, who will be writing the screenplay for the show.

Hill stepped down from her position in Oct. 2019 due to allegations that she carried on an improper relationship with her staffers, in a series of stories by RedState Deputy Managing Editor Jennifer Van Laar. At first, she denied the allegations but confessed to one relationship after the House Ethics Committee announced it was opening an investigation. 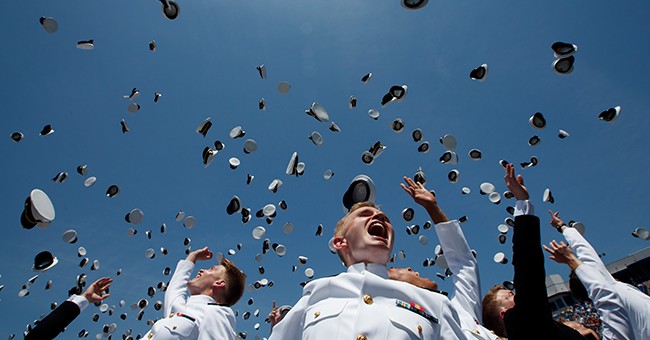 “This is an incredibly sensitive situation,” the staffers tweeted. “We appreciate the instinct to defend our former boss, an LGBTQ+ woman who faced abuse from her husband. What happened to Katie Hill shouldn’t happen to anyone. But, this moment requires more nuance, as Katie Hill’s story – our story – is also one of workplace abuse and harassment.”

The hackers continued, noting that while Hill was a victim of abuse, she was also an abuser herself. “Katie Hill can be both a victim and perpetrator,” they wrote. “And, staff can experience severe consequences for speaking out against their powerful boss. No one should have to put themselves in harm’s way for the public to understand a simple truth: Katie Hill is not a hero for women. We deserve heroes who embody our values even in the most difficult moments.”

The tweets continued, with the alleged former staffers pointing out since the House Ethics Committee never investigated the former congresswoman, she has not “been held accountable by anyone other than herself.” Hill resigned shortly after the announcement of a House Ethics investigation into her conduct.

“We encourage everyone to reflect deeply before taking her word at face value,” the hackers said. “Katie took advantage of her subordinates. She caused immense harm to the people who worked for her, many of whom were young women just beginning their careers in politics.”

The alleged staffers concluded by insisting that those who support the #MeToo movement must also address inappropriate behavior within its ranks. “Enough is enough. In order to advance the #MeToo movement, we must be willing to acknowledge the problematic behaviors among those in our own communities. Only then will we see true progress.”

The #MeToo movement has had its share of hypocrisy since it began after film producer Harvey Weinstein’s allegations came to light. High-profile proponents of the movement have been rather selective when it comes to directing their ire at those who have been accused of sexual impropriety.

The corporate media has mostly ignored allegations of rape against former Vice President Joe Biden, only giving it the most fleeting coverage. In fact, even activist Alyssa Milano reaffirmed her support for the Democratic presidential candidate after the accusations came to light. She was not the only one. Several others even acknowledged the allegations and still refused to criticize him.

But it appears that not all people who support the movement are willing to jettison their principles for political expediency. While Hollywood is enthusiastic about honoring a politician who abused her power only because she had a “D” next to her name, it seems that others are not interested in going along with the charade.

Unfortunately, as with many of the left’s pet causes, those who have the most influence have no interest in effecting positive change. The national Black Lives Matter organization is nothing more than white progressives in political blackface, using black people as a cover for pushing their Marxist agenda. It has nothing to do with improving black lives despite the intentions of the rank and file people who are more sincere in their motives.

Similarly, #MeToo influencers are not concerned with addressing problems related to sexual misconduct in the workplace or sexual assault. Indeed, they only seek to use it as a tool to punish political opposition. Remember the Brett Kavanaugh fiasco? However, this story reveals that while the more famous proponents of the movement are partisan political hacks, the lesser-known individuals seem to be genuinely concerned about victims of sexual impropriety.

Perhaps this is why many of the movements spawned by those on the far left are doomed to fail. When bad actors cynically use these initiatives to pursue political objectives, they inevitably ignore the people for whom these movements exist. But if it means scoring cheap political points against the bad guys, who cares?

Let me know what you think in the comments below!

(EDITOR’S NOTE: This piece was edited after publication to clarify the timeline of former Rep. Hill’s resignation and her admission of an improper relationship with a campaign staffer.)