Early this morning, a Black Lives Matter activist was arrested for attempted murder after firing a gun into an SUV at a recent “protest” in Utah. There’s actually video of the incident, which clearly shows the driver of the vehicle barely creeping forward trying to escape being mobbed before he’s shot by a man wearing a mask.

There is no ambiguity here about who the shooter was and who he supported. His social media included pro-BLM material, though his presence at the protest alone would be enough proof if he were of a different political persuasion. 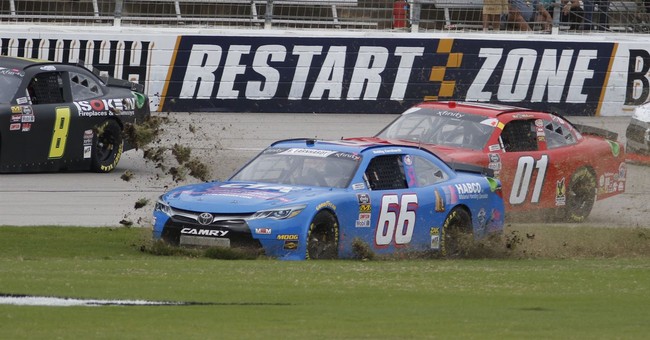 As of the writing of this article, CNN’s website has still not even reported on this arrest, much less have they focused on the actual shooting itself, which we’ve known about for almost 24 hours now. The same is true for MSNBC and The Washington Post. I could keep going but I won’t waste my time. The reality is that the mainstream media are completely ignoring this shooting and the arrest of this man.

Does anyone think the media would be ignoring this if it were a tea party participant or a Trump supporter? Of course not. Instead, that would be the top story on every network, not just for the next few weeks, but they would be talking about it for years. We still get commentary on Charlottesville to this day in the attempt to tie the killing to mainstream Republicanism. Joe Biden launched his campaign on that idea. Yet, a man can be an avid BLM supporter and Democrat and the media are suddenly not interested in playing the guilt by association game anymore.

Weird how that works, right?

The press aren’t going to stop doing that though. This is all one big propaganda operation for them. It’s something they see as necessary to defeat Trump. They can’t actually report the truth, which is that the majority of these protests do appear to contain some form of violence or lawbreaking. We’ve now had multiple people shot, with some killed, at BLM demonstrations, never mind all the assaults that have taken place.

That can’t just be glossed over with the words “mostly peaceful,” nor is that a standard ever afforded to Republicans. If a GOP backed rally has even one offensive sign held up at it, the entire movement is tarred and feathered. It becomes national news and an indictment of the entire party. But BLM can have people getting murdered and beaten to a pulp at their rallies and the media don’t say a word about it. In fact, they actively try to obfuscate the fact that violence is happening at all.

What the media are doing is incredibly dangerous and irresponsible. How many people have to die or end up in the hospital before they just start reporting honestly? The answer is likely a lot more than currently have.

Republicans Wallop Facebook for Continuing Trump’s Suspension from Platform: ‘What’s to Stop Them from Silencing You?’