The Bubba Wallace fiasco has ignited yet another race-based controversy with Americans on both sides of the political aisle weighing in on the matter. In the wake of the George Floyd killing, Black Lives Matter protests, and nationwide rioting, this story was yet another pile of coal being added to the fire.

From the day that the news broke about the discovery of the supposed “noose,” many on both sides rushed to promote their preferred narrative. Even after the FBI concluded that there was no hate crime or evidence of an intentional hoax, the punditry class still dug in on their stories.

On the left, the corporate press is still trying to maintain their usual injection of bigotry while deflecting to other areas that involve racism. The New York Times published a piece acknowledging the absence of a racist hate crime but quickly pivoted to deflecting from the incident by recounting the history of racism in Nascar. It was a brazen attempt to salvage what is left of a crumbling narrative.

The Washington Post published an article titled “How Bubba Wallace ended up assigned to a garage stall containing a noose,” in which they attempted to keep the hate crime story alive. The author wrote, “The coincidence, one that to many strains credulity, is that Wallace’s team ended up being assigned the only stall among the 44 in Talladega’s infield garage that had a noose that served as a door pull.”

The writer then quotes Wallace’s comments in his interview with CNN’s Don Lemon, in which he said, “People that call it a garage pull and put out videos and photos of knots being in as their evidence, go ahead. But from the evidence that we have, that I have. It’s a straight-up noose.”

Unfortunately for the corporate press, the revelation that the rope was not a hate crime directed at Bubba Wallace has effectively killed any momentum they could have hoped to gain from the story. Unless new developments emerge, it is likely that they will stop discussing the matter. 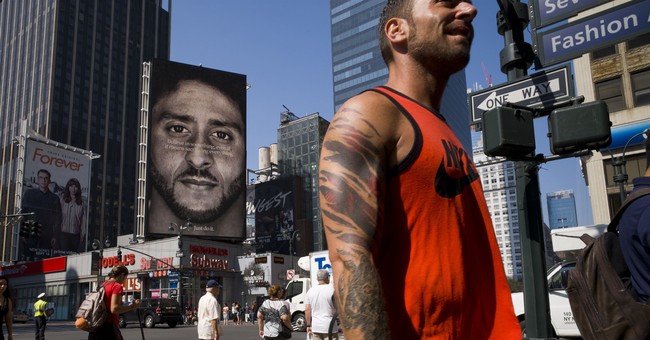 On the right, many on social media and in the punditry class are still trying to paint this story as another version of Jussie Smollett’s hate crime hoax. This assertion has become so prevalent that #BubbaSmollett is still trending on Twitter. Individuals on the conservative side are referring to the story as a hoax and have even implicated Wallace in the supposed conspiracy.

However, the facts reveal something much different. Wallace was not the one to report the existence of the supposed “noose.” Indeed, several other employees working with Nascar were discussing the incident before the president of the organization informed the racecar driver.

The FBI investigated the matter and found no evidence of wrongdoing, meaning that they did not find that a hate crime or a hoax had been committed. In the end, it appears that this was a situation in which individuals overreacted, and refused to take a step back and evaluate the issue.

Wallace himself showed a remarkable lack of judgment in this as well, having failed to ask questions about a noose that he had not even seen. He didn’t do himself any favors in that interview with Don Lemon either.

At worst, you have an organization and a famous individual erroneously believing that someone committed a racist act, and capitalizing on the attention they received. At best, it was people behaving stupidly and jumping to conclusions. Either way, this was not a hoax, as there was no intentionality or malice involved.

Moreover, the driver posted a tweet stating that he is “relieved” that the “investigation revealed that this wasn’t what we feared it was,” and that he and Nascar will “gladly take a little embarrassment over what the alternatives could have been.” This is a clear contrast to Smollett, who still maintains that he was assaulted by bigoted MAGA folks in Chicago in the wee hours of the morning.

In the end, Wallace’s statement was correct; we should all be relieved that he was not the target of a hate crime. As the conversation over race has become even more intense over the past few months, an incident like this would likely push the nation closer to chaos. But we can also be relieved that this was not a Smollet-style hoax as well as that scenario could easily have the same effect.

Let me know what you think in the comments below.